Schizophrenia - Help is at hand

July 06, 2011
Schizophrenia - Help is at hand
Adopted form leaflet by The Royal College of Psychiatrists.
This leaflet is for:
=> anyone who has been given a diagnosis of schizophrenia.
=> anyone who thinks they might have schizophrenia.
=> friends and relatives of someone who has been given this diagnosis.
In it you will find:
=> what it is like to have schizophrenia
=> what may cause it
=> the different treatments available
=> how to help yourself
=> some information for relatives.
Why do we use the “S” word?
“Schizophrenia” is a word that many people associate with violence and disturbance. The media regularly use it in this way, although it is unfair and inaccurate. Many people feel stigmatized by being described as having “schizophrenia”. We use the word “schizophrenia” because there does not seem, now, to be a better one to describe this particular pattern of symptoms and behaviors. Even if you don’t find the use of this term helpful, we hope that the information in this leaflet can still be useful.

What is schizophrenia?
Schizophrenia is a mental disorder that affects around 1 in every 100 people. It affects men and women equally and seems to be more common in city areas and in some minority3 ethnic groups. It is rare before the age of 15, but can start at any time after this, most often
between the ages of 15 and 35.
Symptoms of schizophrenia
These are often described in two groups –
(i) Positive and (ii) Negative.
"Positive” symptoms
These unusual experiences are most common in schizophrenia, but can occur in other mental disorders.
- Hallucinations
A hallucination happens when you hear, smell, feel or see something – but there isn’t anything (or anybody) actually there to account for it.
In schizophrenia, the commonest hallucination is that of hearing voices.
- What is it like to hear voices?
They sound utterly real. They seem to be coming from outside you, although other people can’t hear them. You may hear them in different places or you may hear them coming from a particular object, such as a television. The voices may talk to you directly, or they may talk to each other about you. It can sound as if you are over-hearing a conversation. Voices can be pleasant but are often rude, critical, abusive or just plain irritating.
- How do people react to them?
Sometimes you may feel that you have to do what they say, even if they are telling you to harm yourself or to do something you know is wrong. Much of the time to you can ignore them. Sometimes they will get you down.
- Where do they come from?
Voices are not imaginary, but they are created by the mind. Brain scans have shown that the part of the brain that is active when someone hears voices is the part that is active when they are talking, or forming words in their mind. It is as though the brain mistakes your own thoughts for real voices coming from our surroundings.
- Do other people hear voices?
People with other mental disorders, such as severe depression, may also hear voices that talk directly to them. In depression, these voices are critical and repeat the same word or phrase over and over again. Some people hear voices which do not interfere with their daily life. They may be pleasant, or not very loud, or only happen from time to time. These do not usually need any kind of treatment.
Other kinds of hallucination
Visions and hallucinations of smell, taste or being touched can also happen, but these are less common.
- Delusions
A delusion is a belief that you hold with complete conviction, although it seems to be based on a misinterpretation or misunderstanding of situations or events. While you have no doubts, other people see your belief as mistaken, strange or unrealistic. They find that they can’t really discuss this belief with you. If they ask you why you believe it, your reasons don’t make sense to them, or you can’t explain it – you “just know”.
- How does it start?
=> You may suddenly start to believe it. This may follow some weeks or months when you have felt that there has been something strange going on, but that you couldn’t explain what it was.
=> You may develop a delusional idea as a way of explaining hallucinations that you are having. For example, if you have heard voices commenting on your actions, you may decide that you are being monitored by some government agency.
Paranoid delusions
These are delusional ideas that make you feel persecuted or harassed.
They may be:
=> unusual– you may feel that MI5 or the government is spying on you. You may believe that you are being influenced by neighbors who are using special powers or technology.
=> everyday– you may start to believe your partner is unfaithful. You do so because of odd details that seem to have nothing to do with sex or infidelity. Other people can see nothing to suggest that this is true.
Delusions of persecution are obviously distressing for you. They can also be upsetting for the people you see as your persecutors, especially if they are close to you, like your family.
Ideas of reference:
You start to see special meanings in ordinary, day-to-day events and believe that they are specially connected to you. For example, that radio or TV programmers are about you, or that people are communicating with you in odd ways, such as through the colors of cars passing in the street.
Coping with delusions
=> Delusions may, or may not, affect the way you behave.
=> It can be difficult to discuss them with other people because you realize that they won't understand.
=> If you feel that other people are trying to harm or harass you, you will probably just keep away from them. Occasionally, you may
feel so threatened that you want to retaliate.
=> You may try to escape from feelings of persecution by moving from place to place.
Muddled thinking (or “Thought Disorder”)
It becomes harder to concentrate
you probably can’t: 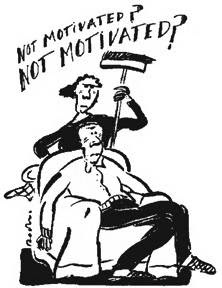