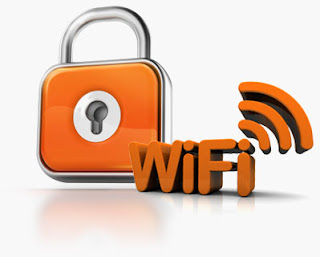 This article is intended to inform the reader about methods used to “hack” wireless internet connections, not for any malicious use but strictly for educational purposes and personal intentions such as recovering a misplaced network key for the users own wireless connection.
Introduction to Wireless Internet
The term “wireless internet” is perfectly self-explanatory. It is internet access without the use of wires. Instead it uses radio frequency bands to exchange information between your computer and the Internet. Wireless access allows users to connect to the internet from any location within range of a wireless access point.
Wireless Internet Equipment
For home use, the basic equipments are:
Hacking Wireless Internet
Wireless networks are very common.  It is also very common to find wireless networks that are unsecured.  Maybe the users are lazy or maybe they are not savvy when it comes from wireless networks.  Whatever the reason, hackers have found wireless networks relatively easy to break into, and even use wireless technology to crack into non-wireless networks.
Wireless Encryption
The main source of vulnerability associated with wireless networks are the methods of encryption.  There are a few different type of wireless encryption including:
WEP (Wired Equivalent Privacy) Breakable even when configured correctly
Can be broken in as little as 3 minutes
WPA or WPA2 (Stands for Wi-Fi Protected Access) Created to provide stronger security - Still able to be cracked if a short password is used. If a long pass-phrase or password is used, these protocol are virtually un-crack-able. Even with good passwords or phrases, unless you really know what your doing, wireless networks can be hacked and here’s how.

When a user uses wireless internet they generate what are called data “packets”. Packets are transmitted between the wireless NIC card and the wireless access point via radio waves whenever the computer is connected with the access point. Depending on how long the computer is connected, it can generate a certain number of packets per day. The more users that are connected to one access point, the more packets are generated.
First…
You must locate the wireless signal. This can be done by using your default Windows tool “View Available Wireless Network”. More useful tools include NetStumbler and Kismet. NOTE: Clicking these links will open google.com with searched result. Kismet has an advantage over the other because it can pick up wireless signals that are not broadcasting their SSID.


AirSnort
AirSnort must gather about 5 to 10 million packets before it can even begin to crack a wireless key. This could take anywhere between a few minutes to a few weeks depending on how many packets are being generated. If a small number of people are using the network then it will most likely take weeks.


Third…
Once AirSnort has recovered enough packets it will then go to work on reading the captured information gathered from the packets and crack the key giving you access. Other tools such as CowPatty can use dictionary files to crack hard WPA keys.


Prevent Your Network from Getting Hacked